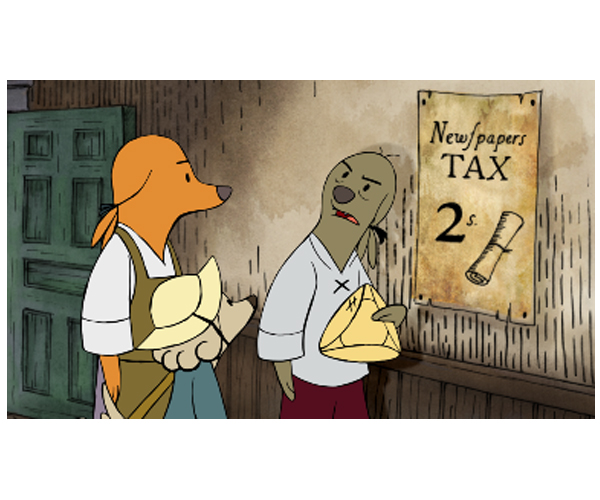 frans worked on a short animated film called “the pups of liberty,” which is about the american revolution. it’s a fun film that explains how the american colonists protested against the british because england was making the americans pay lots of money to them so the americans had a big party but all they had was tea! what kind of a party is that?!

i would protest too if all i had was tea! and another thing i’d protest is the treatment of cats in the film. the good-guy americans were all dogs and the bad-guy british were cats!!! what does that say for us felines? i’d like to voice my disagreement on behalf of all cats!

they can have their tea party! tonight i’m having a big delicious pork chop with spicy brown mustard and worcestershire sauce and cut apples and pears. now that’s a party!

I would love to know what you think... Cancel reply

This site uses Akismet to reduce spam. Learn how your comment data is processed.