this poor kitty is looking for food on the dining table. how sad. he’s not spoiled and pampered like me… i don’t need to go looking for food, food always seems to find me!

i’m a lucky kitty. and especially today because mom is getting chinese take-out. i hope she’s getting hot and sour soup- my favorite! even though it makes my tongue burn for a few hours, it’s worth it! and kung pao chicken with those long noodles- oh boy, that’s a feast this poor kitty can only dream of!

us cats are smart. we don’t need to go to school to get our smarts- we have a highly developed, in-bred intelligence that other species can only dream of. all ducks do is waddle around and make noise!

i noticed in the picture a “cats don’t dance” jacket. now these people appreciate us! “cats don’t dance” is an animated movie that frans worked on. it’s about a cat named danny who overcomes discrimination in hollywood and he becomes a star! that’s what i should do so a big university will have a store named for cats!

but first i’m going to have lunch- yummy tuna melt sandwich with swiss cheese and a pickle and fries and lots of ketchup!

all these graduations going on. and all these long boring speeches, people talking about the next generation and that the future belongs to them and how this generation will solve all the world’s problems and on and on.

if i was giving a graduation speech i would just tell people to sleep a lot and to eat a lot and to relax a lot. people worry so much. i don’t worry at all, except maybe that the marinara sauce for tonight’s fried calamari is spicy enough. that’s worth worrying about! 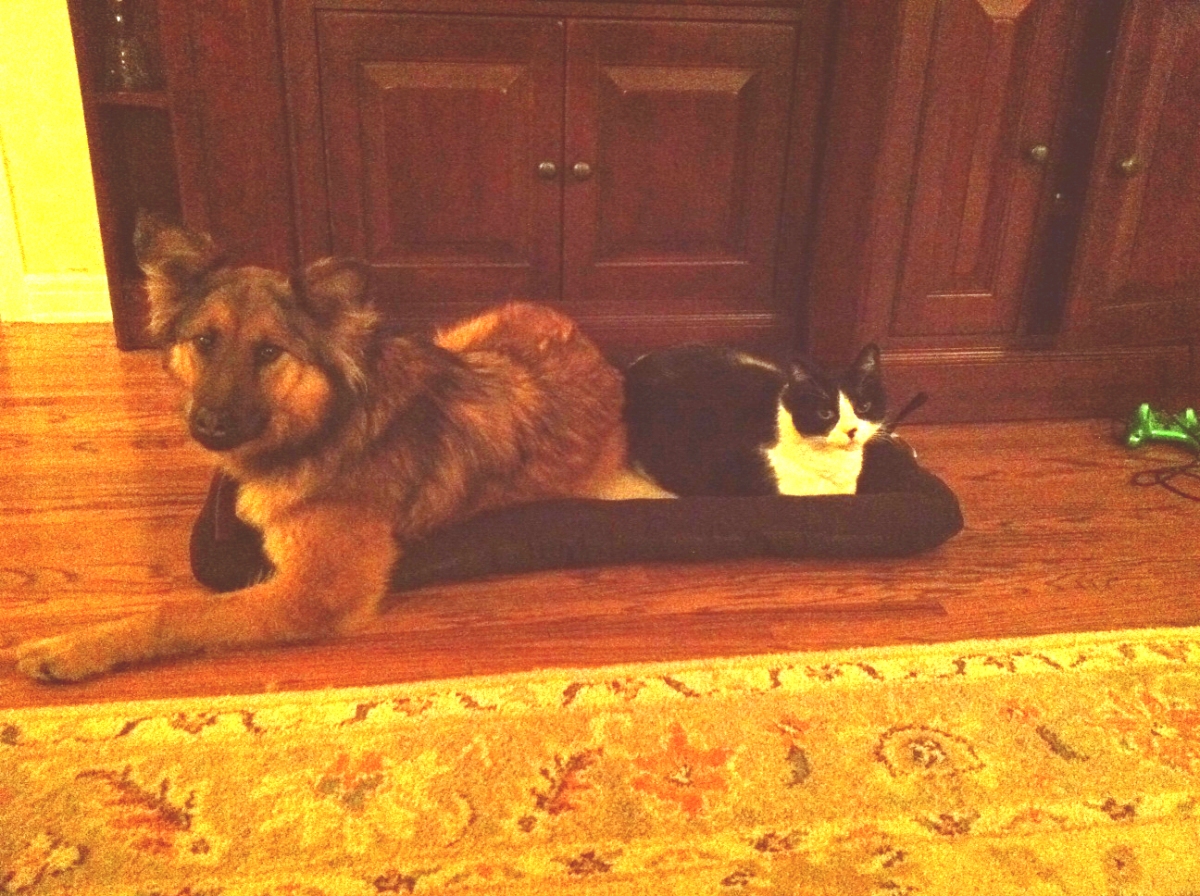 who says cats and dogs don’t get along? look at these two happily sharing a comfy soft bed.

i would share my comfy pillow too except i’m so big that there isn’t space for anyone else. especially when i stretch out. i’m all for sharing, but not my dinners. that’s too much to ask of a big kitty like me. i look forward to my dinner all day long. and the next day’s dinner, and the next day’s. and especially today because i’m having a big chili cheeseburger with bleu cheese and swis cheese and bacon and lots of lettuce and extra long french fries! 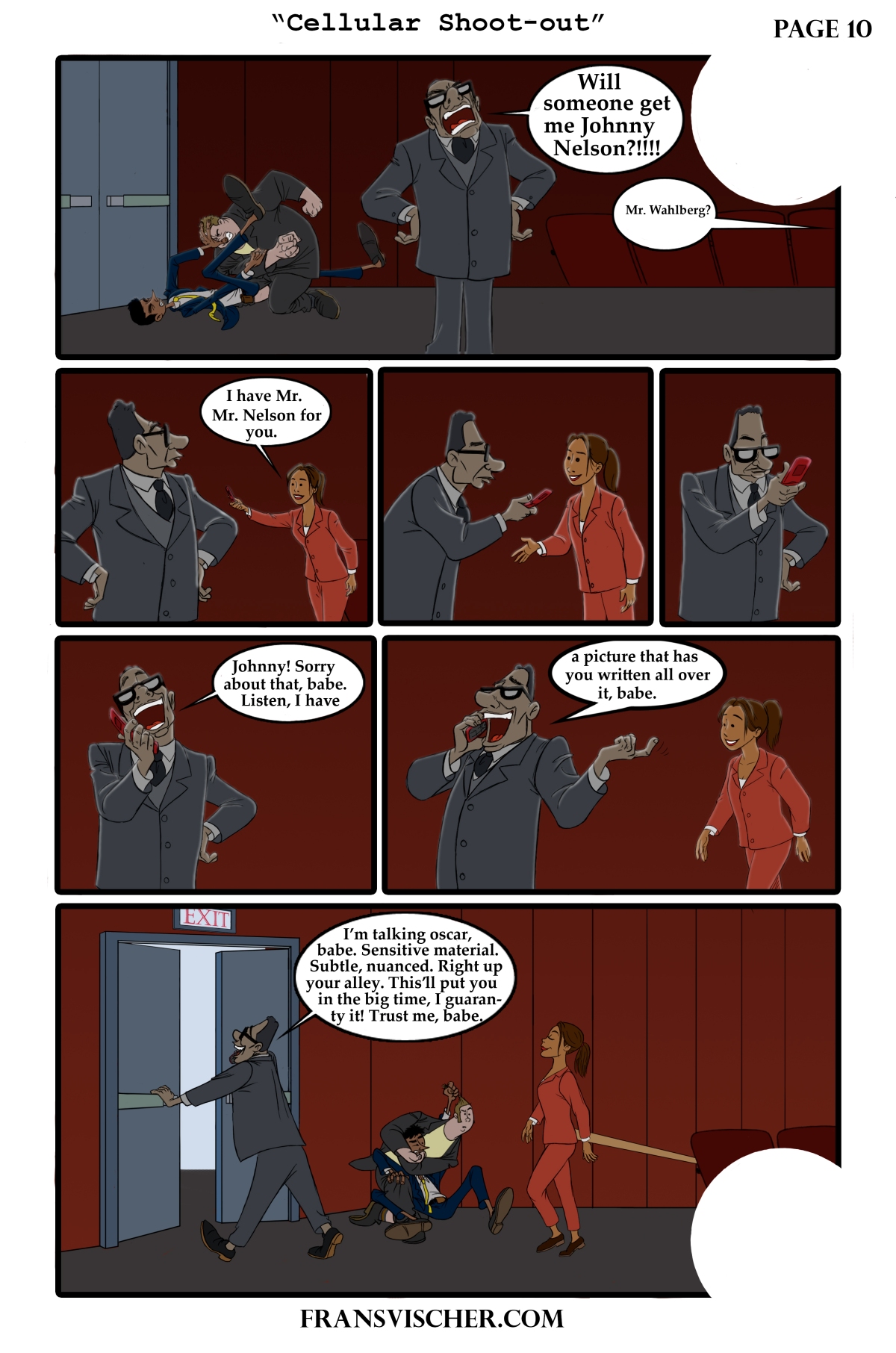 and it’s over! as the numbskulls beat each other senseless, the meek intern quietly steps into the void and gets the job.

sometimes the good guys do win. and sometimes patience does pay off.

and i’m very patiently waiting for dinner. only 3 hours to go! i can hardly wait… scampi and shrimp alfredo in a light cajuun sauce with caramel ice cream for dessert.

the battle is almost over. the assistants are at each others’ throats, and the executive is furious to be working with such numbskulls. who will win the boss’ trust? who will become top dog in serving the master? tune in next tuesday for the cellular shoot-out grand finale! 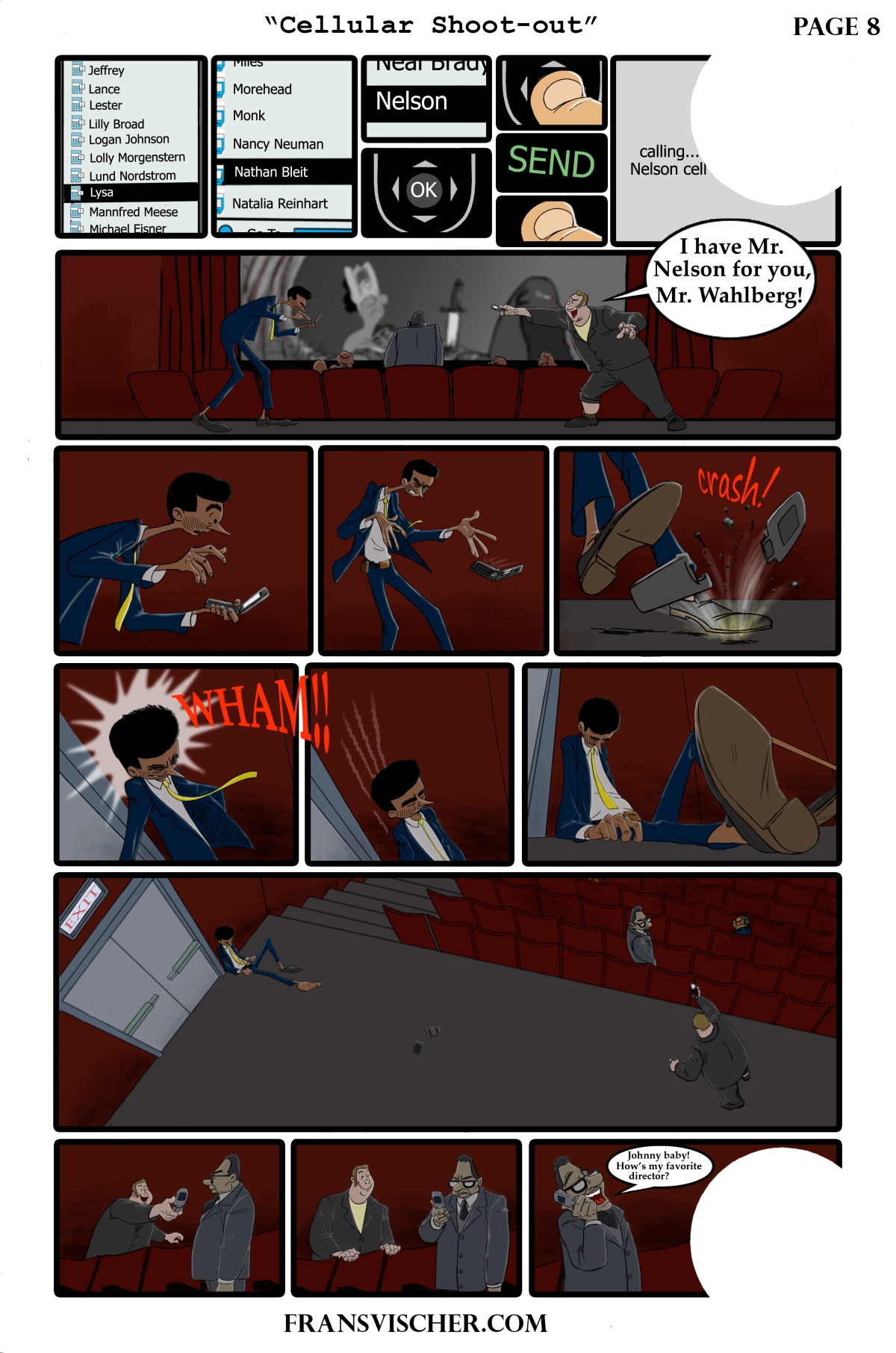 the action gets hot and heavy. as signals intersect through cyber space, punches fly and bodies collide in the screening room.

i’m a peace lover myself. in fact, what i love most is a piece of chicken pot pie. with fresh vegetables and a slice of apple pie with pistachio ice cream. now that’s my kind of peace!