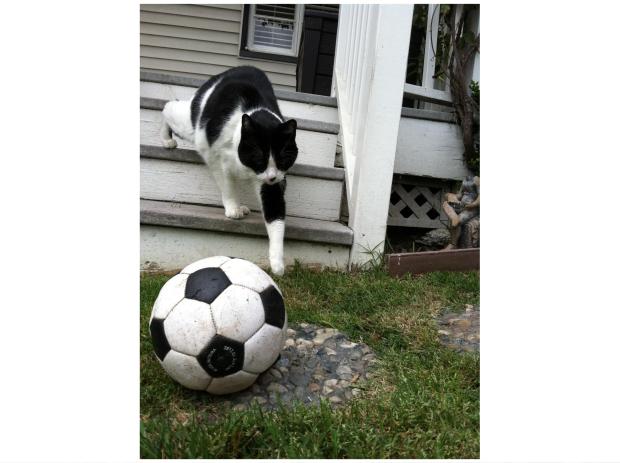 for a long time the kitty studied the odd creature in his backyard. just like him, it was all black and white,

and just like him, it didn’t move. at last the kitty took a hesitant step forward. the thing before him didn’t move.

the kitty took another step, wondering what the creature would do, but it remained perfectly still. perhaps it’s

resting, thought the kitty.  perhaps i should do that too.

i’ll have a pastrami sandwich on rye with mustard and swiss cheese first, thought the kitty, and so he went on

his way, leaving the odd black and white creature to its own thoughts.

I would love to know what you think... Cancel reply

This site uses Akismet to reduce spam. Learn how your comment data is processed.